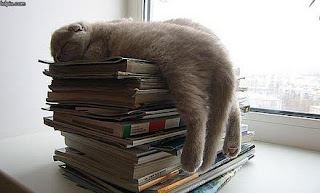 Enviar a mensagem por emailDê a sua opinião!Partilhar no TwitterPartilhar no FacebookPartilhar no Pinterest
Etiquetas: On Religion and a Blonde Fifteen hours sleeping to fight that damned jet lag and Blonde is back in business, listening to the latest Darren Hayes album (a Brisbanite, by the way) she got in Brisbane.

It's indeed an amazing country, caught between the loyalty to the British Empire and an European identity, seduced by the American way of life and unavoidingly accepting its Asian belonging. In fact, in the next generation or two, the Australian racial profile will be Asian, they are millions already in a country that, in population terms, is only twice that of Portugal.

For many moments I felt like I was in Britain: the same politeness of the people, the driving on the left, the same sense of fashion, but then there is this "no worries" attitude that makes Australians so cordial and relaxed. I was there for a conference in which I was presenting a paper myself on that most exciting of matters which is Political Science, and, as a Portuguese-German European I was taking it quite the professional way. But then, I saw them so informal, so "take it easy mate" sort of way that suddenly I was the odd one out. I tell you, it was a challenging situation! Luckily, I had the time to adjust but even so it was a bit awkward. In the end, it went quite well, but clearly I was not in Europe! I think we European academics are not accustomed to such informality, quite the opposite, we are used to being grilled and expect the antagonism of our peers. And, for that part, it was all very congenial.

I was also amazed that there were so few of us from Europe. The direct reason, I believe, is the sheer distance and I think also the fact that we do not really know what sort of academe is there in Australia, a country so depopulated and with so few cities and universities. On the other hand, the conference was crowded with Asian academics from Singapore, Malaysia, the Phillipines, Thailand (curiously there were no Chinese, I wonder why) and it was an opportunity to confront what scholars in that corner of the world are doing. And, man, are they working! The Asian Tigers are not just economic emporiums, we should watch them out at the intellectual level too!

All in all, it was a great experience and a marvellous opportunity to represent Portuguese academe, even if so modestly. I come back with a couple of ideas to develop scientifically, a lesson in the Australian way of life and the reiterated knowledge that ours is a world displaying an incredible rainbow of cultures.
Por Blondewithaphd à(s) 14:54 11 comentários:

Enviar a mensagem por emailDê a sua opinião!Partilhar no TwitterPartilhar no FacebookPartilhar no Pinterest
Etiquetas: In the Eyes of a Blonde

And here I am as fresh as the two apples they confiscated me at customs. Yep, this is an island with very rare and fragile species that need to be protected from the two European Red Delicious Blonde was carrying!

I've had my first (and last) Vegemite sandwich, the Aussie equivalent to peanut butter sandwich: you gotta be born eating it to like it. Apart from that, Brisbane is just another anglo-saxon town, I tiny fragment of London, only with exotic trees and names ending in "oomba".

Am going to the conference now.
Por Blondewithaphd à(s) 03:28 8 comentários:

Enviar a mensagem por emailDê a sua opinião!Partilhar no TwitterPartilhar no FacebookPartilhar no Pinterest
Etiquetas: In the Eyes of a Blonde

Will be back soon. Luv ya, take care!